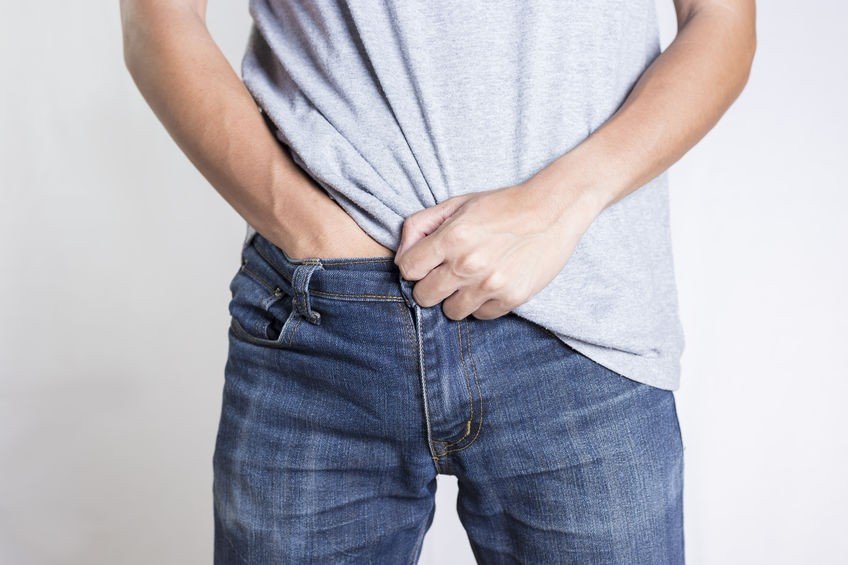 Can my penis increase in girth if I gain weight?

It’s easy to assume that when you gain weight some of that excess fat must go to your penis, but unfortunately, this isn’t quite the case. Gaining weight has no effect on the size of your manhood and can actually have the opposite effect, but we’ll get into that later.

So why doesn’t gaining weight make your penis girthier? The tissue your penis is made of doesn’t contain any fat cells; it’s mostly made up of spongy tissue and muscle. This means there is nowhere in the penis for fat to be stored, your penis doesn’t increase in girth as you gain weight for the same reason that your eyes don’t. Scientists believe that the penis being unable to store fat is due to an evolutionary trait that stopped the penis from being too big for intercourse.

What effect does gaining weight have on my penis?

Many health problems come with being overweight but one of the biggies is poor circulation. As you probably already know your penis is powered by blood and without this no one’s having any fun, for your penis to become erect blood must be able to circulate.

Being overweight or having excess fat cells could lead to you suffering from some form of erectile dysfunction. Not only this but the quality of your erections won’t be as good, making your penis appear smaller.

Excess fat around the gut can start to squash the nerve endings to your penis, meaning sex just doesn’t feel as good, and no one wants that!

When your penis is stuck among excess hot and sweaty folds of flesh it is a perfect breeding ground for bacteria. This can lead to conditions such as thrush and tinea cruris, or worse crotch rot.

Wait, can it make it smaller?

Okay so we’ve already established that gaining weight does not increase the girth of the penis, but can it really make it smaller? Technically, being overweight doesn’t make the penis physically smaller. The penis actually is much longer than we can see as the base of it starts well inside the body, this is why an accurate measurement of the penis is taken by pressing a ruler firmly against the pubic bone.

This means that, although you can’t see it, you are packing a few extra inches. But this also means that your weight can make your penis look much smaller, this is called a ‘buried penis’. As you gain weight your pubic fat pad gets bigger, hiding part of your penis with it, and in the same way, if you lose weight less of your penis is hidden and appears much bigger.

So what’s our conclusion? Gaining weight does a lot more damage to your penis than anything and it certainly doesn’t make it any bigger. So if you’re looking for a bigger penis losing weight is probably your best bet, besides a penis enlargement of course

If you are interested in increasing the size of your penis then give us a call on 0330 808 1968 to book a consultation with a Urologist.

Find out how you can actually increase your penis size below: