Why Jelqing Is Not The Best Methord For Penis Growth? | Moorgate
We Are Still Open During Lockdown. Get Your Free E-Consultation Today!

Why Jelqing Isn’t the Best Method for Growing your Penis 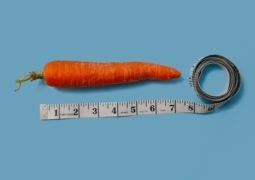 In this day and age there is one certain phrase that is continually going around, and that is bigger is better. And while that is true, one quick look on Reddit or YouTube will show what some men are doing in response to this, a potentially dangerous act also called Jelqing.

In fact, many men on Reddit even provide other men interested in jelqing with specific instructions on how to do it. For example, you have to make sure not to “jelq” when erect, or anything close to erect. There is even a month-long program that comes with a suggested vitamin regimen.

Now, back onto the question. While some men claim to see results from jelqing, there has never been a trial to suggest that this method of penis enlargement can actually work. The only thing that is guaranteed is that they are more likely to do harm to their penis as opposed to any benefits.

Does Jelqing Damage the Penis?

Well, the reality is that if you’re constantly tugging at your penis you’re guaranteed to harm the nerves, veins and arteries in the penis, which can lead to a massive decrease in pleasure during intercourse and ironically erectile dysfunction.