What is Jelqing, and does it work? | Moorgate Andrology
We Are Still Open During Lockdown. Get Your Free E-Consultation Today!

What is Jelqing, and does it work? 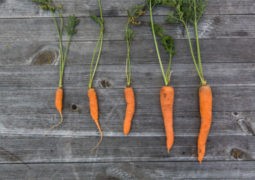 The idea of being able to increase the size of your penis by doing penis lengthening exercises such as jelqing seems as ridiculous as women trying to get bigger breasts by doing the “I must, I must, I must increase my bust” pec squeezes. It can’t possibly work, can it?

According to enthusiasts, jelqing can be traced back to ancient Arabic civilisation, though cynics say it was introduced more recently by online intermediaries looking to turn a buck. The practice revolves around a series of stretching exercises designed to increase the size of your penis through length and girth.

Most guides suggest waiting until you’re almost erect. Once there, it’s time to lube up and grab the base of the penis, using just the thumb and index finger. Apply pressure, and slide your hand down the shaft as if “milking the organ.” Release, and repeat.

There appear to be two leading principles behind the purported “science” of jelqing. Some claim the exercises can help increase the amount of blood the penis can accommodate during an erection, causing an increase in size. Others believe that the force administered by jelqing creates microtears in the penile tissue. New cells then grow to repair the tears, leading to an increase in size. The idea is that its essentially bodybuilding for your penis.

There is one legitimate philosophy that appears to support the concept of organic penile enhancement. It’s called “tissue remodelling,” and it revolves around the reorganisation of existing tissue.

Sorry, but to put it simply. No, no it does not. Furthermore, jelqing may in fact be harmful to the penis. Jelqing can in fact lead to too much force being applied for too little time to produce real change. Like pushing on your teeth really hard for several minutes a day to move them around. Instead of just getting braces.

Perhaps more concerning is that applying too much pressure on the penis can actually cause vascular damage, scarring and erectile dysfunction. Some urologists have suggested that aggressive jelqing might even lead to a curvature in the penis.

So, in conclusion do not try jelqing. Not only does it not work it can also lead to a number of different medical issues down the line the worst of which being erectile dysfunction.

If Jelqing isn’t working then get in touch to add length or girth to your penis.