When the tablets and injections just won't work | Moorgate Andrology

When the tablets and injections just won’t work 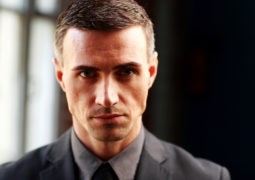 You know how it is. First of all your erections started to be a bit hit and miss. At first you thought it was just because you were working too hard, but the reality set in after a few months that this was no work problem. That holiday in Greece and some weekends away proved that.

It’s not that you couldn’t get an erection. You were still waking up in the morning (sometimes) with a hard erection, the like of which you wished you could get when you were ready for sex.

Anyway, the adverts for tablets that promised to give you the boost you needed were too tempting to resist at this stage. An awkward consultation with your Doctor later and there you were in the local pharmacy with prescription in hand.

The first time you took a tablet you couldn’t believe it. The erection was very strong and just when you needed it. Your wife was equally happy too commenting that she thought it felt a bit “different”. You took that to be a compliment.

As time went by the tablets became your best friend. There they were in the bathroom next to the toothpaste. Always available when you needed them, and always reliable when you took them.

You can’t really remember when things began to change. But at some point in time the tablets seemed to let you down. Not every time at first but just now and again. At first the erections didn’t feel as hard as before although your wife never mentioned it even if she did notice, and you were not going to ask in a hurry.

Summoning up the courage you go back to the GP. In what seemed like ten minutes later you were suddenly off the tablets and injections were mentioned. Yes, you were actually going to inject your penis.

He tells you to go back a week later and he is going to show you how to self inject. Over the next week you do everything you can to get your mind off that appointment. You can’t even be bothered to initiate sex and even though your wife doesn’t either, you are not disappointed.

Before you know it you are in the Doctor’s office again and after a few exchanged words he is preparing to inject your penis. Yes, it hurt a bit but within five minutes you have an erection that took you back a few years.

With another prescription you head to the pharmacy and then home.

Your wife doesn’t know what to say. She knows there is a problem, but can’t make her mind up about what you have just told her has to happen .

That night, you tentatively suggest that you both “give it a try”. Hardly, the stuff of romance but what else are you to do.

Foreplay is rudely interrupted by the task of self injection. Everything stops. You disappear to the loo as you cannot bear injecting yourself in front of your wife. She says that while you are doing that she will go downstairs and make a coffee. You want to scolding remark that you are not changing a fucking light bulb, but you resist, that would be the end of that if you did.

The injection hurts, again, but within minutes the erection is there alright.

Your wife seems to take an age to come back upstairs. What the heck is she doing? Eventually she appears. She takes a furtive look at your penis and you can’t help feeling slightly smug about the whole thing.

But now where do you start?

You can hardly start where you left off, that was  way down the road, and you’re likely to get a slap!… So you initiate things by giving her a kiss, yes a kiss, that’s a safe place to kick it off all over again.

The sex was fine, pretty good actually because you knew that erection was not going to let you down.

The next morning driving to work you try and take apart the night before.  The whole stop/start thing was a chore. You are not sure if you can really keep going on that basis. The thought of your wife stopping for a coffee half way through just doesn’t seem right.

Enough, you tell yourself. There is only one way forward now.

Saturday morning you are going to get in front of your computer and sort out an appointment with a clinic about a penile implant. The moment has come. You pull up at work with a strange feeling as if a load has been lifted off your shoulders.

Smiling, you assure yourself that sticking sharp objects into sausage shaped things should only ever be done on a barbeque. With that thought, what’s the weather doing this weekend?