What is a Prostatectomy? | Moorgate Andrology

What is a Prostatectomy? 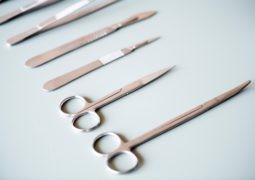 Prostatectomy includes a number of surgical procedures to remove part or all of the prostate gland. The prostate gland is situated in the male pelvis, below the urinary bladder. It surrounds the urethra, which carries urine from the bladder to the penis. The procedure can be performed in several ways, depending on the condition involved and recommended treatment approach:

Why is Prostatectomy Done?

Simple prostatectomy carries a higher risk of complications and typically results in a longer recovery time other procedure to treat BPH. Your surgical team will discuss the advantages and disadvantages of each technique, as well as your preferences, to determine which approach is best for you.

If you are suffering from prostate cancer symptoms then contact your GP straight away!