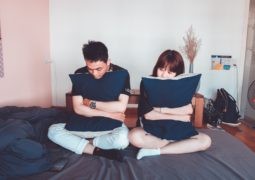 What is behind low sexual desire? Could it be ageing, lack of interest in their partner, or is it something more? Well, we discuss a few matters on what can cause low sex drive.

The causes of low sex drive

So, what is actually behind low sexual desire? Ageing plays a role, though many older men still have a robust interest in sex. Like most other human traits, the sex drive varies. Most men are in the normal range. Some are extraordinarily driven toward addiction, like having addictive sexual desires. At the other end of the scale, there are men with very low sexual interest. These are the men who suffer from hypoactive sexual desire disorder.

At the end of the day, there are always men on both sides of the normal curve. And a certain percentage – perhaps up to a quarter – will be considered to have HHSDD for a whole host of reasons.

Stress and anxiety from the strain of daily life, relationship or family problems, depression, and mental disorders are among the many factors that can affect sexual desire.

Diseases such as diabetes; conditions such as obesity, high blood pressure, and high cholesterol; and HIV drugs, some hair loss remedies, and other medications can negatively affect sexual desire.

Testosterone is the hormone of desire, arguably for women as well as men. Low testosterone levels usually mean low sexual desire. Levels dip as men age; other causes include chronic disease, medications, and other drug use. Other hormones can play a role, too, such as low levels of thyroid hormone or, rarely, high levels of prolactin, a hormone produced in a gland at the base of the brain.

Sexual desire obviously involves the brain and the brain’s chemical messaging system is intimately linked to sexual desire. One of those messengers is dopamine. Doctors have noted that Parkinson’s disease patients treated with dopamine-stimulating drugs had increased sexual desire.

Each cause of low sexual desire has its own treatment. When the root cause is psychological, sex therapy can offer men specific techniques and strategies for regaining their enjoyment of sex. It is not psychotherapy; it is psychology counselling focused on sexual issues.

In cases where the problem is low testosterone, men can take testosterone supplements if they have measurably low levels. About 25% of men go for weekly testosterone shots, but most opt for skin patches or gel formulations applied directly to the skin of the chest, shoulders or abdomen.

For more information on your sexual health, why not get in touch with us at Moorgate Andrology.