Risks and Side Effects of Prostate Surgery | Moorgate Andrology

Risks and Side Effects of Prostate Surgery 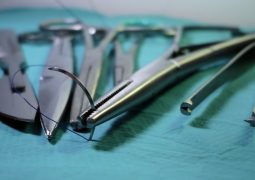 There are possible risks and side effects for any type of surgery for prostate cancer.

The risks with any type of radical prostatectomy are much like those with any major surgery. Problems during or shortly after the operation can include:

Rarely, part of the intestine may be injured during surgery, which could lead to infections in the abdomen, and might require more surgery to correct. Injuries to the intestines are more common with laparoscopic and robotic surgeries than with the open approach.

If lymph nodes are removed, a collection of lymph fluid can form and may need to be drained. In extremely rare cases, people die because of complications of this operation. Your risk depends, in part, on your overall health, your age, and the skill of your surgical team.

Side Effects of Prostate Surgery

The major possible side effects of radical prostatectomy are urinary incontinence and erectile dysfunction. These side effects can also occur with other forms of prostate cancer treatment.

Rarely after surgery, men lose all ability to control their urine. This is called continuous incontinence. After surgery for prostate cancer, normal bladder control usually returns within several weeks or months. This recovery usually occurs slowly over time.

Doctors can’t predict for sure how any man will be affected after they have had the surgery. In general, older men tend to have more incontinence problems than younger men. Large cancer centres, where prostate surgery is done often and surgeons have a lot of experience, generally report fewer problems with incontinence.

At Moorgate Andrology we offer urinary incontinence and erectile dysfunction treatments, contact us now and speak to one of our Urologists!