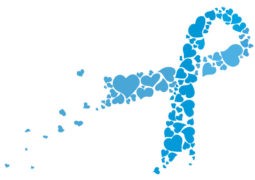 There are quite a few questions that are frequently asked in regards to prostate cancer, and it’s treatment. We have split this up into two blogs to answer a few of the most commonly asked questions about prostate cancer.

What are the possible side effects of removing a prostate?

Radical prostatectomy is a procedure often used to treat prostate cancer. The most feared side effects of the procedure are the loss of erections and urinary incontinence. These side effects can seem like the end of the world, but there are successful treatment options available. After total removal of the prostate, there is no ejaculation although there is still the sensation of climax and orgasm.

It’s been over a year since my surgery but I still have no bladder control. What can I do?

Over the course of the first year following your prostate surgery, continence should return gradually in the majority of men. However for some men it is not uncommon for there to be some degree of SUI present. If you are still suffering with SUI after twelve months, you should speak to your Doctor or Urologist who will inform you as to the available options for further restorative surgeries.

Do all men recover erection function after surgery?

Not all men will recover their erections after surgery. The most obvious problem is erectile dysfunction compounded by existing risk factors such as age, diabetes, smoking, certain medications and recreative drug use. There are however treatment options available to overcome your erectile dysfunction.

When can I have sex after a prostate cancer surgery?

Although some treatments for prostate cancer may affect sex life, prostate cancer that is detected and treated early by an experienced surgeon will have minimal effect on your sex life. Sensation usually returns within three to six months and then gradually improves over two to three years after surgery.

Should your sexual function not return, it can be restored in several different ways including medication, injections and surgery at Moorgate Andrology.

Will I still be fertile after a radical prostatectomy?

While most men will have a return of erections after surgery, many men will not be able to have children by natural means due to their being no seminal fluid after the prostatectomy meaning that you will not be fertile.