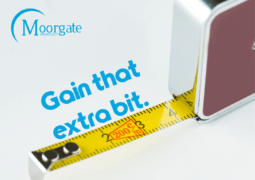 Lets clear up one of the most frequently asked questions about penis lengthening surgery and one which can cause a lot of confusion.

This confusion surrounds the results of penis lengthening surgery when the penis is flaccid and erect.

Now, men have differing views about what they want from penis lengthening surgery.

Some, in fact most, are worried about how their penis looks when it is flaccid (not erect ). This worry usually stems from comparing themselves against other men. Quite often this is as a result of comparing themselves against their friends. Changing at the gym or at football is a classic example. When the penny drops that the penis is not as big as their friends, usually playing sport is suddenly put on a back burner.

The same can be said for when undressing in front of a partner. The penis at this stage is still soft and there is dread that the partner will be shocked at the size in the soft state.

These are usually the key drivers for men to have penis lengthening surgery.

In the surgery itself, the suspensory ligament is cut which releases extra length and makes the penis hang lower. This can increase flaccid length by up to two inches, quite a difference on a typical penis.

This extra length can make a massive difference and can really boost the confidence of a guy who cannot play sport or accept a date because of his flaccid penis size.

Then we come to the erect size of the penis. Interestingly, most  men are less concerned about their erect penis size since when their penis is erect it’s bigger anyway.

However, it should be made clear that penis lengthening surgery in itself does not change the erect size of the penis. You may think that the penis looks bigger erect (many men tell us this) but technically it shouldn’t be.

Around six weeks after penis lengthening surgery the Andrologist usually starts you using a device called a PHALLOSAN forte. This is worn for short periods on the penis after the surgery.

There is evidence that this device can help increase erect length after the surgery.

It should also be mentioned that extra penis length is beneficial if you are also having a fat transfer to thicken the penis. A longer penis does look better after a fat transfer than a very short penis.

Perhaps that is why 70 % of men who visit Moorgate Andrology choose to have lengthening and thickening surgery together.