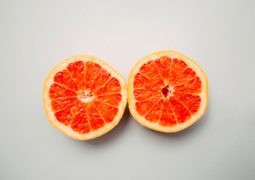 According to the British Association of Aesthetic Plastic Surgeons, male breast reduction increased by 446% from 2006 to 2011. Having said that it is still a relatively small number compared to other operations – up from 177 ops in 2006 to 790 in 2011. But the emails started buzzing around the Men’s Health Forum when we read a report quoting doctors who said that as many as half of men could be affected.

What are the Signs of Gynaecomastia?

Signs vary from a small amount of extra tissue around the nipples to more prominent breasts. It can affect one or both breasts. Sometimes, the breast tissue can be tender or painful, but this isn’t always the case.

Male gynaecomastia can have several causes.

If the balance of hormones in his body changes, this can cause a man’s breasts to grow. Sometimes, the cause of this imbalance is unknown. The growth in breast tissue is not due to extra body fat from being overweight, so losing weight or doing more exercise will not improve the condition.

During puberty, boys’ hormone levels vary. If the level of testosterone drops, oestrogen can cause breast tissue to grow. Many teenage boys have some degree of breast enlargement. Gynaecomastia at puberty usually clears up as boys get older and their hormone levels become more stable.

As men get older, they produce less testosterone. Also, older men tend to have more body fat, and this can cause more oestrogen to be produced. These changes in hormone levels can lead to excess breast tissue growth.

In rare cases, male gynaecomastia can be caused by:

To find out more about male gynaecomastia treatment, contact us today and book a consultation.