Is it Possible to Lose Penis Size? | Moorgate Andrology

Is it Possible to Lose Penis Size? 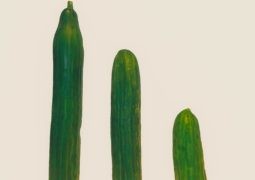 Most men have wondered, at one point or another, if it is possible for their penis to actually shrink. And whilst it sounds like something out of a really horrific sci-fi movie it is theoretically possible, though not quite as rapidly as you may think, thankfully. But, why does it happen?

Well, it is all thanks to being unable to maintain a consistent level of tumescence. So, what is tumescence? Well, it is in simple terms a fancy word for erection firmness. If you measure the length of your penis when it’s erect, over time it can very much appear as if your penis has shrunk. But changes in penile size over time are tough to gauge.

If your penis is not as hard as it used to be, it is usually a good idea to see a doctor. Although there are many innocuous causes for erectile dysfunction, ranging from performance anxiety to cat scratches, it can also be a sign of a serious condition, such as heart disease. A softer penis may also signify that you need to make some major lifestyle changes, such as quitting smoking or getting to the gym.

If your erections aren’t as strong as they used to be, first things first: relax because stress is not conductive to a hard penis. You should also take on an exercise routine, as exercise helps to remove plaque, which can calcify and prevent blood vessels from stretching. We advise that you exercise at least three times per week, in large part because exercise can also help increase testosterone.

Obesity can be another culprit: fat contains an enzyme that converts testosterone into oestrogen, which can cause erectile issues and testicular shrinkage. Exercise is a natural means of achieving a rise in a man’s testosterone. Testosterone is important for the health and well being of the male functional organs.

Unfortunately, even if you are totally healthy, don’t smoke, and exercise regularly, some loss in erectile function is simply part of the ageing process. Medications work by increasing blood flow to the penis, can be an option for men concerned about losing their erections. Death and natural loss of erectile function with age may be inevitable, but don’t hasten the demise of your youthful erection: instead, hit the gym, quit smoking, and understand that your sex life goes on, even if your erection loses some of its strength.

If you’re suffering from erectile dysfunction or want to have a penis enlargement then contact us to book a consultation!