Is It Normal To Have A Small Penis? | Moorgate Andrology

Is It Normal To Have A Small Penis? 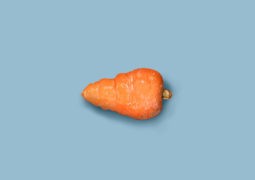 What is too small? What is too big? Research suggests that many men desire a bigger penis regardless of whether they think their penis size is average or not. And, some men believe they have a small penis when it is actually within the average range. In this blog we will look at the science behind the average penis size, how to measure your penis and the conditions that can cause a it to be or seem smaller than usual.

The average length of a penis is roughly 3.6 inches flaccid and 5.2 inches erect. But how did this become the number?

It’s important to note that the first study used self reported measurements, while the second study used measurements taken by a health professional. Both studies have their limitations, but the numbers reported are consistent with similar studies on average penis size.

Keep in mind that sizes of “small” and “large” are comparative and that averaging penis size is based on what is known. Known measurements, even a substantial study where more than 15,000 men were measured, are based on groups. The United Nations reported the world’s male population to be at about 3.9 billion in 2019. That means that 15,000 men is only about 0.0004 percent of the world’s male population.

Collectively, average measurements from similar studies set a good average and are important to have, but there is always more to know.

How to Measure Your Penis

Lastly, if you are curious about how to measure the size of your penis, here is a correct way to get an accurate measurement: