How to fix my broken penis? | Moorgate Andrology

How to fix my broken penis? 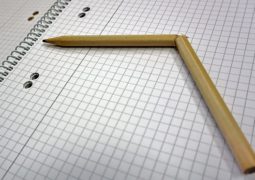 There are a lot of sexual myths out there, but doctors confirm that broken penises aren’t one of them. While there aren’t actually bones in the penis, a penile fracture is a real-life injury. But how does it happen and can it be fixed? Let’s find out.

First, we need to determine what a broken penis actually is. A penis contains two chambers of tissue called the corpus cavernosum, which fill with blood when the penis becomes erect. Blunt force to an erect penis can tear the sheath surrounding these chambers so that the blood tissue inside leaks out to other areas of the penis. If you need another visual, think of this covering less like a bone and more like a sausage casing.

So, how do penile fractures actually happen? Well, a penis can be broken during vigorous penetrative sex or through masturbation. When this happens during partnered sex involving a penis and vagina, generally speaking, the penis will come out of the vagina and strike against the pubic bone. While a penis can fracture during sex in any position, research suggests that rear entry positions such as doggy style may lead to penile fractures more often than others. A penis may be more likely to exit a vagina entirely when thrusting from behind and then, instead of reentering, bang against something hard like the perineum. Penile fractures aren’t uncommon, and there is usually around several cases a year.

So, the big question. Can you fix a broken penis? Well, good news. If treated, a broken penis stands a great chance of making full recovery. Unfortunately, though, penis surgery is required in most cases. While there are less severe penile injuries that can occur during sex, such as a tear of one of the superficial veins, the only way to know for sure what is going on is to head to the emergency room.

It is also important to do it fast, this is because surgical repairs of the tear usually result in good outcomes. However, if a penile fracture is severe and not treated in a timely manner, it can lead to problems with obtaining or maintaining erections, it may also cause scar formation in the penis and a condition called Peyronie’s disease, which causes curvature and deformity of the penis.

After surgery to repair the rupture inside the penis, the recovering patient should be able to have sex again in about six to eight weeks, although don’t get that wild straight away.

If you’re suffering from Peyronie’s disease then get in touch to speak to one of our Urologists!