How does jelqing effect your body? | Moorgate Andrology

How does jelqing effect your body? 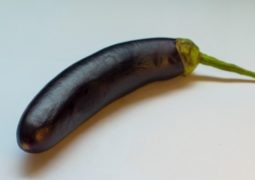 Jelqing is the name of a kind of massage technique for the penis. It is believed to improve the size of your erection. It involved massaging your penis in a way which stretches it and improves blood flow. The technique actually comes from the ancient middle east but is now known across the world. It is popular because it doesn’t involve any medication or special training, but does it actually work?

Does it actually work?

It has never been proven to increase the size of erections in studies. Unfortunately, you will not be able to rely on jelqing have a direct effect on the way your erections work.

So, a doctor wouldn’t recommend it?

Well, actually if done safely a doctor might recommend it as a way for a man to get comfortable with their body and better understanding their erection. If you are not able to achieve a full erection. It can also help you to appreciate the difference between your penis when it is flaccid and when it is erect which can help ease anxieties about the size of your erection.

So, there is no harm in trying?

As long as it is done correctly there isn’t any harm in trying and seeing if you get anything out of the technique. Having said that, there is a risk of doing it wrong and potentially harming yourself, make sure you consider the following points if you try jelqing:

If you don’t like the idea of jelqing but do want a penis enlargement, the get in touch with us and book a consultation!