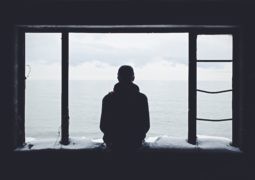 Despite social stigma, depression is a very common illness. According to the Centers for Disease Control and Prevention, about one in 20 globally over the age of 12 has some form of depression. The fact is depression can develop in anyone, and at any age. The types of depression include:

For those affected, having depression means more than just feeling blue – it can cause a range of symptoms, including sexual health problems. Learn more about the link between depression and sexual dysfunction, and what you can do about it.

Anxiety, low self-esteem, and guilt are common causes of erectile dysfunction. These are all symptoms of depression. But such issues can also occur naturally with stress and age. The NIMH explains that men are also more likely to lose interest in activities during depression. This could also mean that men might not find sex as appealing.

In men, antidepressants are directly related to impotence. Delayed orgasm or premature ejaculation may occur, too. In both men and women, having troubles with sexual health can worsen feelings of worthlessness and other depression symptoms. This, in turn, can cause a vicious cycle of both worsening depression and sexual dysfunction.

Chemical imbalances in the brain cause depression. These can occur on their own as a result of genetics and hormonal issues. Depression can also coexist with other illnesses. No matter the exact cause of depression, it can result in numerous physical and emotional symptoms. Some of the most common symptoms of depression include:

The symptoms of depression vary in frequency and severity for each person. Generally, the more severe depression you have, the more problems you are likely to have with sexual health. Sexual desire is cultivated in the brain, and sex organs rely on chemicals in the brain to promote libido as well as the changes in blood flow needed for the sexual act. When depression disrupts these brain chemicals, it can make sexual activity more difficult. This may be worse in older adults who already have occasional problems with sexual dysfunction.

It is also not just the depression itself that may interfere with sexual health. In fact, antidepressants – the most common forms of medical treatment for depression – can often have unwanted sexual side effects. The most common culprits are:

If you are suffering from sexual or mental health issues contact your GP or a specialist Urologist to see which treatment is best for you.