Five common Penis Myths you Need to Know About 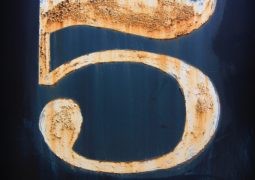 Think you know all there is to know about the penis? Think again! Here are five common penis myths about the male anatomy that some people have been wrong about.

You know what they say about big shoes…

Turns out, big in the shoes does not mean big in the pants. Urologists at University College London examined 104 men, ranging from teens to the elderly, and found absolutely no link between a man’s shoe size and a man’s well….manhood.

So, the next time someone says something about big shoes, you can know that this has absolutely nothing to do with anything except the fact that it might be harder to find shows in his size if he has big feet.

French researchers ran an MRI while couples engaged in missionary intercourse, hey anything for science, right? What they found was that the penis curves into a boomerang shape during sex. The findings were published in the Journal of Sex & Marital Therapy.

We are not sure how we feel about this fact but we have never heard the penis described as a boomerang shape before and we think that we are kind of freaked out now.

Every guy is circumcised, and if he isn’t it’s weird

Across the globe, circumcised men are actually in the minority. Only 30% of guys over the age of 15 have gotten the snip, 2/3 of them being Muslim.

Use this Pill/Pump/Herb to make it bigger

Sorry to burst your bubble, but male enhancement pills are a load of rubbish. The Mayo Clinic says that no penis enlargement pill has been proven to be effective. Since they are not approved by the Food and Drug Administration, manufacturers just get to make any claim about them that they want.

Fun fact: Humans are one of the only primates without a bone in their penis. Most other primates have the baculum, a bone located above the urethra. The baculum is notably absent in the body of human males. Moral of the story, the penis isn’t something that can be broken like a bone because it has no bone.

So there are some penis myths, but we’re sure there are plenty more out there!