Penile Fracture, Everything You Need To Know | Moorgate Andrology

Everything You Need To Know About Penile Fractures 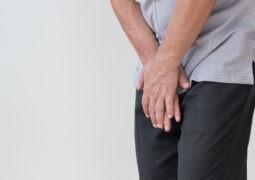 Penile fracture is a medical emergency. If it happens, you need to get to a hospital as soon as possible, and you will probably need surgery. Quick treatment can help prevent permanent sexual and urinary problems.

If you take a sharp blow to the genitals, your penis may be sore or bruised. Penile fracture is a more severe injury. The following symptoms are red flags for possible fracture:

Penile fracture happens when sudden trauma or bending of the penis breaks the tunica albuginea. The erectile tissue beneath the tunica albuginea may also rupture. These twin bodies of spongy tissue normally fill with blood when you are sexually aroused, producing an erection. A fracture can also injure the urethra. The urethra is the channel in the penis that urine flows through. Common causes of penile fracture include:

The most common cause of penile fracture in sexually active men is trauma during intercourse.

Although a penis fracture can result from injury during any position in sexual intercourse, certain practices increase the odds. In heterosexual men, when the woman is on top during sex this increases your risk. When the penis is momentarily blocked at the entrance of the vagina, the woman’s full weight can forcefully bend the erection. The woman may also rock too far forward or backwards, bending the shaft of the penis. The rear entry position is also associated with penile injuries.

Men in certain Middle Eastern cultures practice taqaandan or penile cracking. This involves grasping the shaft of the erect penis and bending the top until you hear an audible clicking sound. Men do this for a variety of reasons, such as: