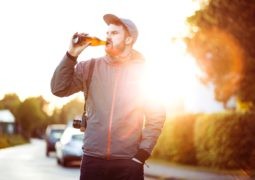 It has been rumoured time and time again that alcohol can have a massive impact on male fertility, with reports from The Guardian sighting that “just five alcoholic drinks a week could reduce sperm fertility.” A study involving Danish military recruits found that even moderate drinking, if done regularly, was associated with a drop-in quality.

So, does alcohol actually damage your fertility? Well, in the test that was taken there was no clear association between semen quality and alcohol intake. However, in analyses restricted to the 45% of men who said this was a typical week for them, there was a dose-response relationship, the higher the alcohol intake the lower the sperm quality.

Interestingly, men who did not drink any alcohol at all also had impaired sperm. They could have had health issues that impacted on their sperm quality and also meant that they needed to avoid drinking, although that is not confirmed. As always, there are limitations. Importantly, as the study assessed alcohol intake and sperm quality at the same time, it cannot prove cause and effect. Various other factors could also influence the relationship. Should you be experiencing problems, contact Moorgate Andrology and see how we can help.

There is also the possibility of inaccurate recall of alcohol units consumed, although we would suspect that young men tend to underestimate rather than overestimate how much they drink. We also do not know whether any of the measures of reduced sperm quality observed would actually have any effect on fertility.

So, in conclusion, this study of more than 1200 young Danish military recruits find that there is a link between alcohol intake and measures of semen and sex hormones. Overall, after adjustment for confounders, there was no clear association between alcohol intake in the past week or binge drinking over the last 30 days and semen quality. However, in analyses restricted to the 45% of men who said that this was a typical week for them, there was a dose-response relationship, with higher alcohol intakes being associated with lower sperm concentration, total sperm count and percentage morphologically normal sperm. Overall, this study is a valuable contribution into assessing the relationship between alcohol intake and effects on semen quality, but it still doesn’t provide a conclusive answer on its own.

Male fertility can also be effected by erectile dysfunction, should you experience any problems contact us and see how we can help.