Do you know what Penoplasty is? | Moorgate Andrology
We Are Still Open During Lockdown. Get Your Free E-Consultation Today!

Do you know what Penoplasty is? 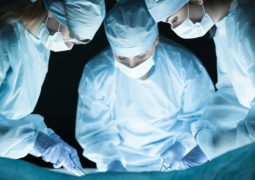 What does Penoplasty involve?

The penis can be lengthened by cutting the suspensory ligament. This frees the penis from its attachments to the pubic bone, and so the penis hangs in a lower position. The expert Urologists in this field claim they are able to increase flaccid penis length by up two inches. Penis girth is increased by harvesting some donor fat from the stomach which is then injected into the shaft of the penis. This creates a bigger penis both when flaccid and erect. The girth can be increased by as much as two and a half inches. Penoplasty surgery remains the most common way of enlarging the penis in the United Kingdom.

Penoplasty has become increasingly popular in recent years. This is in line with the rise of cosmetic surgery procedures in the UK generally. Also more men are seeking cosmetic surgery than ever before. Penoplasty still remains a little taboo, but attitudes are changing. There are now one or two well established Andrology clinics in the UK which have a very good reputation for penis enlargement surgery.

It should be remembered that all surgery carries risks, even cosmetic surgery. If you would like a Penoplasty then the Surgeon will make sure that you are fit and well enough for an operation as part of his overall assessment. He will also refer to his Anaesthetist to ensure that you are fit and well enough for a general anaesthetic. The vast majority of patients who undergo Penoplasty every year do so without any problems. Although, you should expect some bruising and swelling after the surgery and you will need to take a few days off. In most cases there cannot be any sexual activity for six weeks after the op.