Do I have low penis self esteem? | Moorgate Andrology

Do I have low penis self esteem? 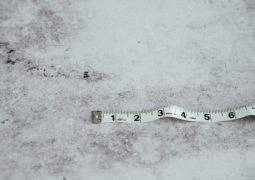 For many men around the world, one very intimate subject has often been a source of anxiety: the size of their genitals. These worries are fuelled by many sources, ranging from widespread misconceptions about typical penis size, popular overemphasis on the importance of this measure, and cultural views of genital size as a sign of personal masculinity. Even the word “manhood” itself is sometimes used as slang for a man’s penis.

Clearly, many people do believe that size matters – but we decided to take a closer look. In what ways does penis size matter? Who feels it matters the most, and how has this influenced male self-image? Ultimately, do men really have that much to worry about? We surveyed thousands of people, both men and women, to get a bigger picture of what the world thinks about this question. Read on to find out how much size really matters.

Two elements play a key role in concern over penis size: how big someone thinks a penis is, and how big they think it ought to be. We first asked men and women to offer their estimates of what the average penis length is, as well as what they consider to be an ideal length. It’s important to note that estimates of average size may not reflect the reality of penis size, as many people don’t necessarily have an accurate idea of which sizes are typical. When it comes to perceptions of average size, men and women have very similar ideas: Women estimated that the average penis length was 13.8cm, and for men, this was only 0.3cm greater. Compare this to the results of a 2015 review of studies on penis size that included over 15,000 men from around the world: the average penis length when erect was found to be 13.12 cm – almost one whole centimetre less than the average estimate given by men in the study.

When considering notions of an ideal length, it becomes clear that expectations don’t always match up with reality. Women’s perception of an ideal penis length was 2cm greater than the average length. While it is concerning that even an average penis size is seen as less than deal, it is unclear whether a difference of only 2cm would have a meaningful effect on sexual satisfaction for a man or his partner. Yet men may be evaluating themselves even more harshly: Despite having an estimate of average size that is similar to women’s, they believe the ideal penis is 2.5cm longer.

Men’s worries about size occur in the context of many social pressures. Perceptions of penis size have become so distorted in the popular imagination that the reality is often ignored and exceeded by exaggerated notions of ideal size. More than that, these beliefs vary substantially between nations and even states – what is considered “ideal” in one place may not be so in another. Is it any wonder that men often struggle with anxiety about this very personal issue? But as we have found, most men continue to show satisfaction with their size, and most women don’t consider size to be a crucial issue. At the end of the day, there is much more to satisfying relationships and sexual confidence than this one simple measure.

If you’re unhappy with the size of your penis, then get in touch with us and book a penis enlargement consultation!