5 Things you didn't know about your Penis | Moorgate Andrology

5 Things you didn’t know about your Penis 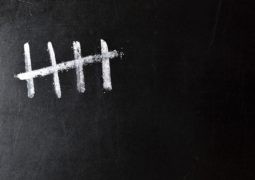 Use it or lose it

You need to have erections regularly to keep your penis in shape; it has to be essentially exercised. To maintain a healthy one, the smooth muscle of the penis must be periodically enriched with oxygen by the rush of blood that engorges the penis and makes it erect. If a guy is physically able to get erect, but never has erections during the day (maybe he finds himself in very un-erotic circumstances for a long time) he needn’t worry.

Your penis may be a Grower or a Show-er

Among men, there is no consistent relationship between the size of the flaccid penis and its full erect length. In one study of 80 men, researchers found that increases from flaccid to erect lengths ranged widely, from less than a quarter of an inch to 3.5 inches longer.

An analysis of more than a thousand measurements taken by sex researcher Alfred Kinsey shows that shorter flaccid penises tend to gain about twice as much length as a longer flaccid penis. A penis that doesn’t gain much length with an erection has become known as a “show-er”and a penis that gains a lot is said to be a “grower.” These are not medical terms, and there aren’t scientifically established thresholds for what is a show-er or a grower.

Studies show that the penis steadily loses sensitivity as men age though it’s hard to say exactly by how much. That is because different researchers have used different ways to stimulate the penis and measure sensitivity. In general, the sensitivity of the penis is gauged by the least amount of stimulation a man is able to feel. That is called the sensory threshold.

Despite differences between studies, the data shows a clear trend when taken together. From age 25 on, sensitivity starts to decline. The sharpest decline in sensitivity is seen between age 65 and 75. What is less clear is whether men really notice a loss of sensitivity as they age.

There is more to the Penis than meets the eye

Most guys would be proud to know that their penis is twice as long as they think it is, that is because half the length of the penis is inside your body. Just like you don’t see all of a big oak tree above ground, you don’t see the root of your penis tucked up inside your pelvis and attached to your pubic bone.